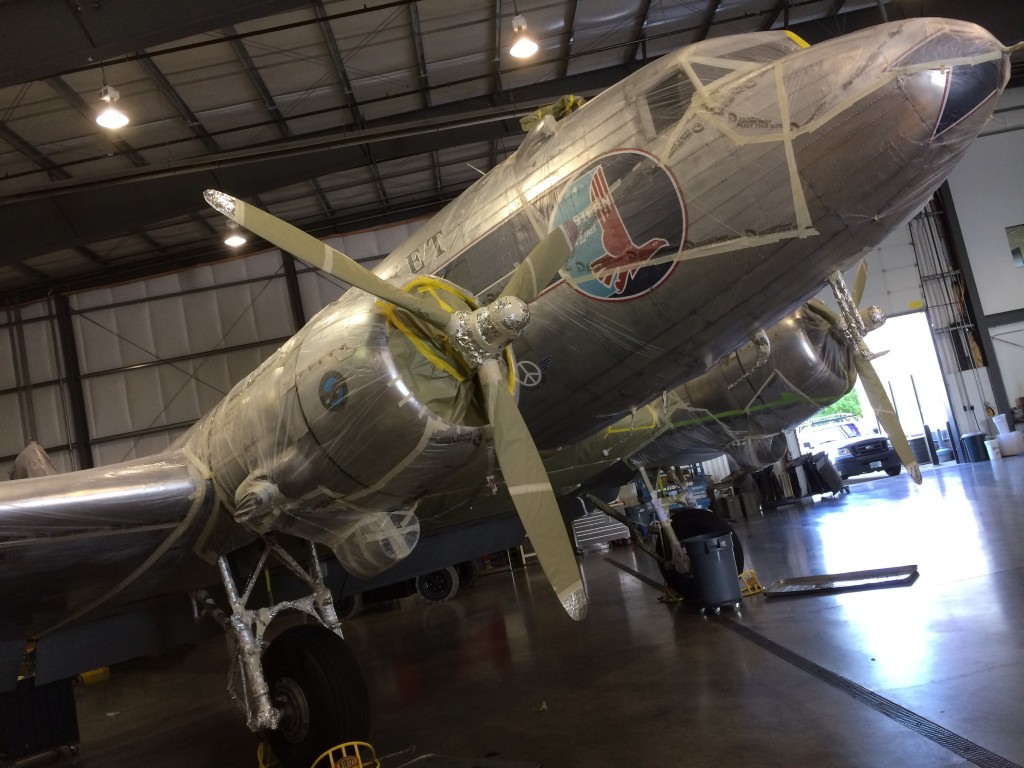 As part of the planned continued development and stage-by-stage restoration of one of the DC-3s in our care, we recently finished a paint project on this 1937 DC-3A model. We proposed and received a work scope authorization from the owner to clean, prepare, and paint the undersides of the aircraft.

The entire aircraft was polished aluminum, and the upper surfaces of the aircraft remain polished. The decision to paint the lower surfaces was made to provide the best possible protection of the existing skin, with a finish that looks nearly identical to polished aluminum; and as a bonus, is exceptionally easy to clean.

The entire under surface of the wing and fuselage were cleaned and scrubbed to prep for paint. All inspection panels and fairings were removed. During the prep process, it was discovered that there was a section of lower fuselage skin under the left wing root that had developed a small patch of significant exfoliation corrosion. That finding prompted the fabrication and replacement of the entire section of fuselage skin. 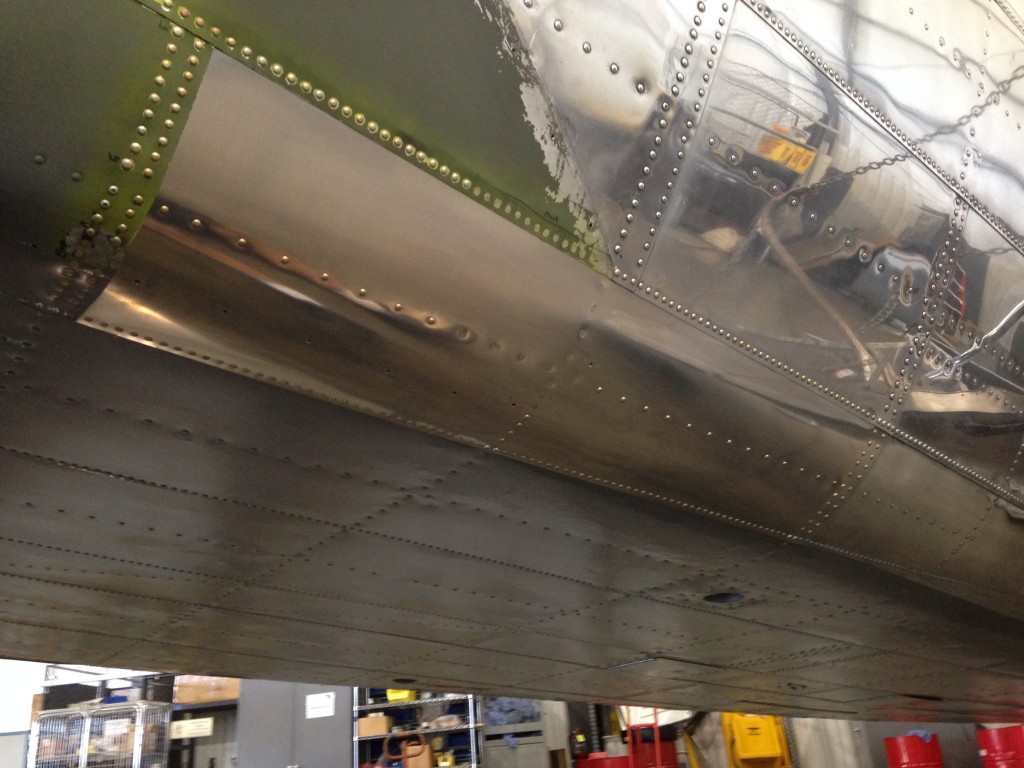 The whole aircraft was then masked to prevent overspray. A DTM primer was applied, followed by a single stage silver metallic urethane top coat.  Afterward, the inspection panels and fairings were reinstalled with all new hardware.

The finished result is an aircraft with better protected under surfaces, but that still retains the show stopping beauty of aluminum polish on its top surfaces.